Julia Ghaddar is a 4th year intern with the Mosaic Institute this Fall, graduating from the University of Toronto in Winter 2020. Julia is pursuing a double major in Political Science and Peace, Conflict and Justice, with a minor in History. 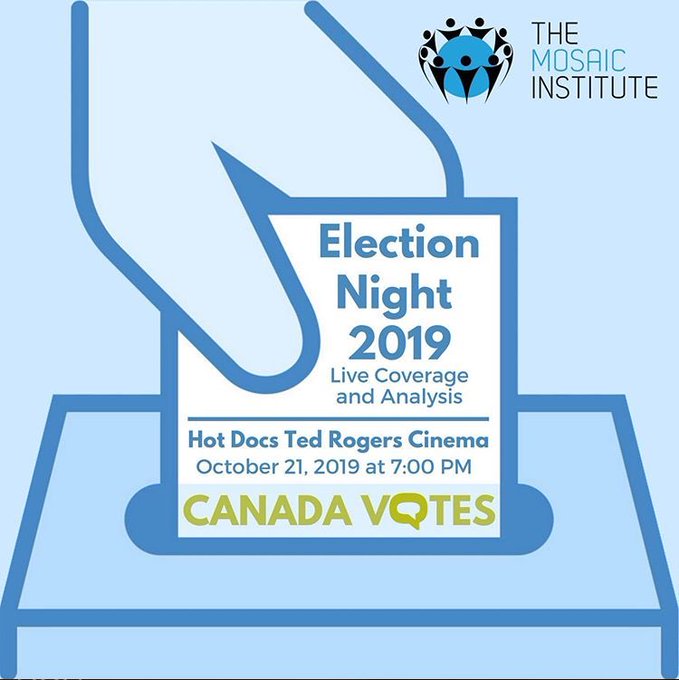 In a discussion on the increasing populism across the globe, consensus among panelists posited multiculturalism and immigration as the core of Canadian society. In fact, despite Canada’s emphasis on multiculturalism, voter participation among immigrants remains low as a result of low feeling of belonging to Canada. Voter trends from 2004 and 2006 show that voter participation was lower in societies with a higher percentage of immigrants, differing by immigrant groups as immigrant groups from Asia and the Middle East had the lowest participation rates (Jedwab, 2006). Data from the 2011 to the 2015 elections showed improvements as the probability of voting increased by 18 percent for this immigrant group. However, they still remain among the least likely group of immigrants to participate politically (Uppal and LaRochelle Cote, 2016, 7). These trends of low participation in ridings with high populations of immigrants remained relevant in the 2019 election (Little, 2019; Diversity Vote, 2019). 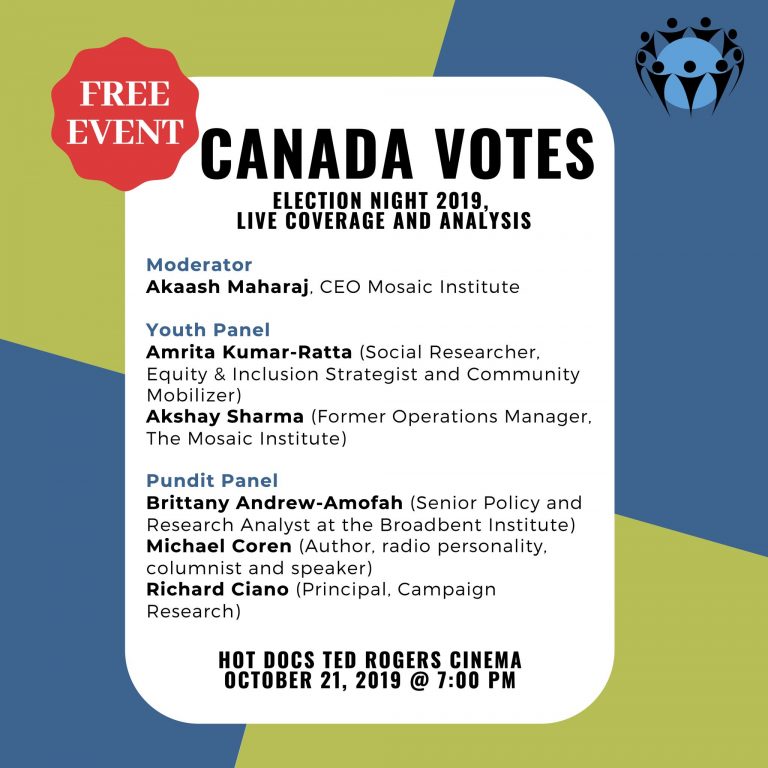 Panelist Britanny Andrew-Amofah voiced her concern on the lack of political participation, and increasing xenophobia, Islamophobia and racist sentiments in Canada and across the world. Although panelists debated the existence of these increasing sentiments within Canada, Andrew-Amofah expressed the urgent need for action in thwarting this rhetoric in order to avoid the fate of the rise of the far-right parties that are gaining global traction.

Overall, the different viewpoints addressed by the panel provided open and informed conversation raising issues extremely relevant to today’s political climate. The panel’s diversity contributed to rich debate when observing how each panellists’ academic and professional background was mirrored and expressed through the viewpoints they held. Whereas the youth panel mirrored many of my personal beliefs and concerns regarding employment security and affordability, the professional panel better contributed to shaping my understanding of certain policy debates and party platforms. Observing for the first time an extremely diverse, yet low-intensity and receptive format of political debate was an interesting experience in learning about different political views and their surprising alignments, while also being reminded on issues of non-alignment.

Little, Simon. (2019, October 22). The ridings with the best (and worst) voter turnout in B.C. Global News Canada. Retrieved from https://globalnews.ca/news/6068203/bc-ridings-best-worst-voter-turnout-canada-election/